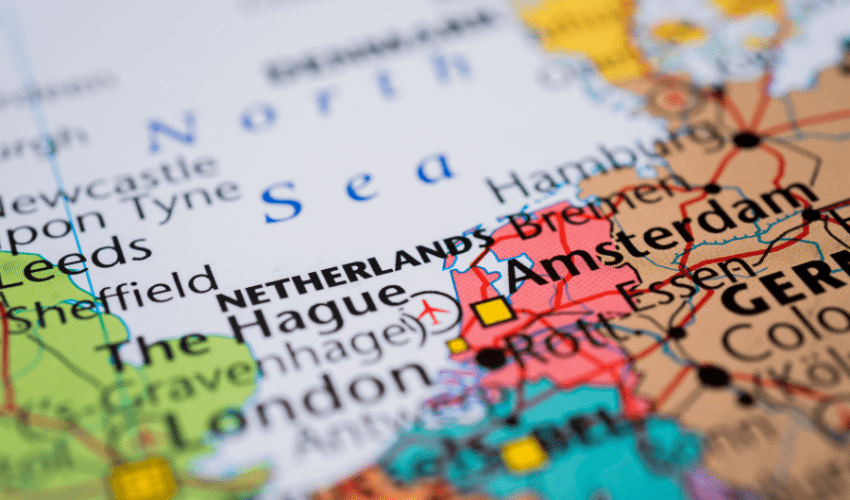 Netherlandic belongs to the Germanic branch of the Indo-European language family. Dutch is the dialect spoken in the Netherlands, while Flemish is the dialect spoken mainly in the northern region of Belgium. The main feature that distinguishes Netherlandic from Dutch is often the accent differences. However, just like Turkish, as there are various dialects in the regions where Istanbul Turkish is spoken, 26 different Dutch languages are officially registered in the Netherlandic-speaking region. Though geographically small, the exact reason there are so many differences within the region is unknown. On the other hand, considering that the few people in this small geography frequently interact in terms of trade, we would expect it to be a language that would spread homogeneously. Though the distance between the Limburg region and the West Flanders region is less than 100 kilometers, the two dialects spoken in the areas are so different that these people, who speak the same language, do not understand each other. Due to these dissimilarities, General Dutch subtitles are used in most movies and TV series.

Agricultural activities, which started with the transition to settled life in history, gave birth to trade and triggered many international interactions. People have been influenced by many issues, from language to culture and from culture to politics. Now that Netherlandic and Dutch are the subjects of discussion, it is the right time to talk about a commercial enterprise that shapes language, culture, politics, and even the economy. Tulip mania. Tulip mania takes its name from the tulip, a truly bulbous plant. When we think of tulips today, the Netherlands immediately comes to mind and the Ottomans for previous centuries. In 1562, a representative of the Pope of Dutch origin took tulip bulbs with him, along with many other things, on his way back from Istanbul to his homeland. While the Turks call this plant “tülbent lalesi,” the representative misunderstood the word and changed it to “Tulipan” and determined the origin of the name of this plant, known in the West as tulpen/tulip/tulipe/tulipa. In short, at this point, a crazy tulip production began. In the Netherlands, this situation became such that most regions started to grow tulips specific to their areas – just like the General Netherlandic language, with a different dialect spoken in almost every region – the first economic bubble in history began. In the end, the value of an Enkhuijsen tulip became equivalent to “four tons of wheat, eight tons of rye, four oxen, eight pigs, twelve sheep, two barrels of wine, four barrels of beer, two tons of butter, four tons of cheese, a bridal bed, a suit, and a silver chalice.”[1] When the government became disturbed by this speculation and banned the trading of tulips in the stock market, thousands of people lost all their assets and committed suicide in one night.

Translation services are of great importance for the continuation of commercial activities between these two countries. Mirora has collaborations with corporate translation companies in Belgium and the Netherlands. Thanks to these collaborations, Mirora works with professionalism beyond expectations in the Dutch-Turkish language pair and in every dialect by using English as a buffer language.