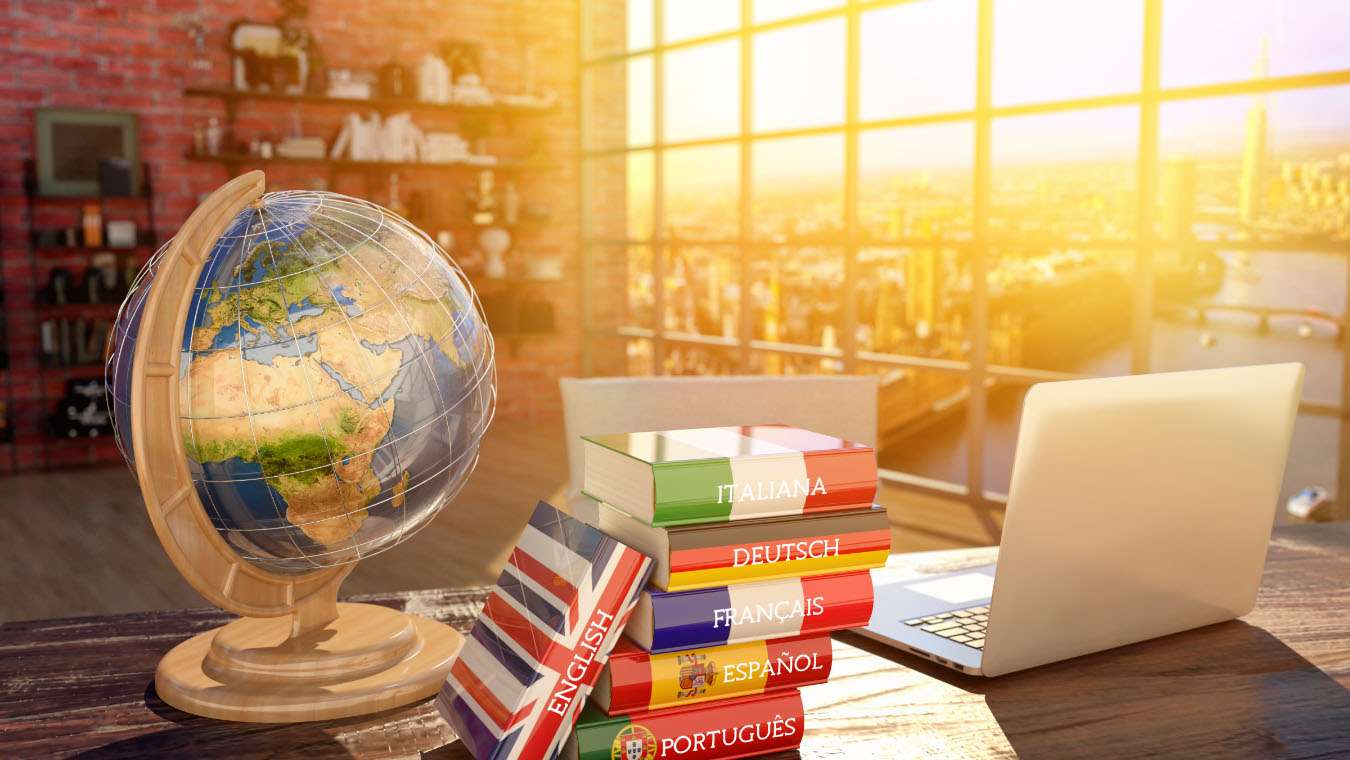 At the beginning of September, we made a questionnaire among our translators and asked them to answer as they wished.

We’re sharing with you some of the answers from our beloved translators with their permission.

You may also join this enjoyable chat with your comments.

BUAK: Having knowledge about various topics. Since my childhood, I’ve been an enthusiastic reader and researcher. I used to love getting lost among the pages of the encyclopedias we got with newspaper coupons. I often get the same enjoyment while doing translation.

EBÖZ: The freedom to work wherever I want, without having to go to the office.

GUSA: It’s only the computer and me; I can work on my own.

NEKI: I’m constantly learning about new subjects. There is no end to learning, which I understood through translation.

NESA: The pleasure of problem solving.

PIŞE: I have loved reading & writing since my childhood, what else could it be? I can always learn new and interesting information on various topics. Especially with book translations, I can gain insight about the technologies, creative designs, plans and projects that not everyone knows about yet. For example, when Twitter (in fact, social media in general) newly emerged and had not yet been heard of in Turkey, I translated a book about the Internet and then I made a joke to my friends saying ‘I know about the birth of Twitter’.

SEAL: Although it’s against the very nature of being a translator, I have met lots of people. 🙂

BUAK: It’s perceived as an easy task that anyone who knows, or thinks he knows, the language can do.

EBÖZ: As I’m a freelancer, my workflow and therefore my income are not stable.

NESA: The challenge to find sufficient and reliable resources. The incapability of institutions such as TDK to update dictionaries by carrying out the necessary language studies. For this reason, for example, the term “Informed Consent” has many synonymous uses in Turkish including “Bilgilendirilmiş Olur”, “Bilgilendirilmiş Onam”, and “Aydınlatılmış Onam”.

SEAL:Although, again, it’s against the nature of being a translator, I sometimes can’t recall the simplest words.

3. If you had the chance to travel back in time to when you first started your profession, what would you advise yourself?

BUAK: Learn another language, be more patient, and know the value of time.

EBÖZ: Buy yourself a suitable chair and desk, and create an ergonomic working environment in your home. Do yoga every day. 🙂

GUSA: Don’t trouble yourself with problems caused by factors other than you; it will all work out in the end.

NESA: The first thing I can say, not to myself but to all those translators who are about to start their professional life, is that the real-life expectations in translation are far beyond getting a passing grade and that they need to strive for excellence in their project deliveries. Because even a two-point mistake leads to the rejection of your translation by the Ministry and if this is repeated, you may be seen as an unfavorable translator. Secondly, they shouldn’t neglect to read literature even if they will only do technical translation.

PIŞE: Loyalty to the source text is the most “cliché” issue of translation; however I would give advice for this. The translator may, of course, only gain moderate independence without fear as he becomes experienced, but I would still tell them not to stress out for the sake of being loyal to the source; be brave as long as you are sure that the target text says what the source is trying to say. I would also say, “Read a lot; read everything you get in every language you know” – (though I have already been doing this since I learned to read & write) – because the only way to discover the subtleties of a language is to constantly read in that language. For example, I’ve seen translators who didn’t know that a “piggy bank” is not the bank of pigs but a coin box, or that “whiskey on the rocks” has nothing to do with rocks.

BUAK: In a job interview that I went to about 5 years ago, they offered such a minuscule wage that I felt very worthless and bad (as a translator with almost 10 years of experience).

GUSA: I remember a tragicomic thing that happened to me. One day, while I was doing translation around lunch time, I wrote “chicken” in a very irrelevant context in place of another word. I probably wanted to eat chicken… Fortunately, our translations are revised, otherwise we would have been in trouble.

NEKI: When I went to Metris prison to interpret for a prisoner, I passed through incredible security checks and the prisoner begged me to bring books in French, telling me that time didn’t pass there.

NESA: When I opened the browser after a day of searching for the terms of a medical text that mentions side effects such as depression, suicidal tendency, and violence, I saw the following message from Google: ‘Do you need help?’.

PIŞE: I was one of the many translators of the book called “1001 Movies You Must See Before You Die” and probably because I insistently continued the translation late into the night when I was already sleepy, I translated “Phoenix” – which was used as a proper name in one of the movies – as “phoenix the bird”. I delivered the translation with a completely meaningless sentence. When they sent the revised version, I felt very embarrassed. Fortunately, as I translated the highest number of movies from the book and I did a good job, they showed understanding and probably just laughed.

SEAL: One day, upon the request of a friend, I was doing consecutive translation for the first time without any training, and after one hour I was very tired. Meanwhile, the speaker asked a question to the audience and I just answered the question instead of translating it. 🙂 A customer once asked me how many days it would take to write the text, as if I were not translating but making a clean copy. Now that particular client is history.

5. What do you think about doing translation in your country (Turkey)?

BUAK: Translation is not respected as a profession. I don’t think that we can achieve the material and moral value we deserve unless we are aware of our rights as translators and advocate for them, and explain the importance of our job to the whole society.

EBÖZ: Unfortunately, as translators are not appreciated in Turkey, rates are very low. It’s challenging for me to live in Poland while getting my income from Turkey.

NESA: At one end, there are large and small companies that don’t want to pay anything for the translation, if possible, and at the other end, there are translation companies wishing to pay low rates to their translators. In such an environment, there are many freelance translators working by their own choice or because they have to, who are devoid of their social rights. Young people in particular should be aware of the future negative effects of this.

PIŞE: Turkey is already a challenging country in general and particularly in economic terms; the struggle to support a family just with translation is highly challenging. In addition, we still lack the awareness that speaking a language is not enough to be a translator. However, another fact is that the education level, culture, world view, objectives and expectations of the community engaged in translation (at least the one I’m in cooperation with) is – on average – at a different level than the rest of Turkey. That’s why I sometimes feel that I’m free from problems that make me sad and worried, such as lack of education, ignorance, lack of intelligence, and easily being misdirected and deviating from the truth, and I feel like I am a part of the ‘happy minority’.

SEAL: It’s a very hard and underappreciated profession, and sometimes it’s not even accepted as a profession.

6. Are there any factors that prevent you from improving in your profession? If you were to sort these factors starting from the most important, what would you say?

*The translation curriculum offered by universities is based on theoretical learning, and know-how based education towards professional life is not provided by educational institutions.

NESA: Modern Turkish is inadequate to provide equivalents for certain terms and sometimes we’re left helpless as old Turkish is not in use. For example, using “gerçekleştirme” for many terms. It’s a challenge to find sufficient resources.

SEAL: I think the most important one is time; deadlines are very tight and we have to deliver the translation before it settles.

7. How is it possible to enhance and improve the translation profession?

BUAK: Translation has existed since ancient times and made great contributions to the advancement of humanity. Today, it’s widely perceived as a mechanical job; but even the most technical text requires the touch of a translator. Of course, CAT Tools should be developed and improved; however it’s also very important to improve the working conditions of translators, train them in their fields and enable them to get support from experts in the field during the translation process.

NESA: As the demand from companies for quality in localization/translation increases, the translation services provided will also improve.

PIŞE: In-house, on-the-job trainings are very useful for the development of translators. One of the translation companies I worked for provided both collective and one-to-one trainings carried out by an American editor for a year, and I can say that it really helped me to go on to the next level.

SEAL: Workshops in various fields including legal translation, patent translation, etc. Also, chat sessions/courses where experienced translators can meet beginners; however in this case, there is the risk that the experienced translator will advise the beginner to give up at the very beginning. 🙂 And most importantly, to create an opportunity to read in the source/target text.